Aragon has existed as a county since the early 9th century. It’s first home-born count was Aznar Galínez who governed a territory roughly covering the valleys of Anso, Hecho and Canfranc.

In the early 11th century the authority of the caliphate of Cordoba collapsed leading to two decades of civil war amongst the Moors. This allowed the fledging Christian kingdoms in the north of the country to get a foothold . King Sancho III the Great of Navarra became the most powerful ruler. From his capital in Pamplona he controlled the counties of Aragon, Ribagorza, Sobrarbe in the Pyrenees as well as the county of Castille and the town of León.

Ramiro I, first king of Aragon

On his death in 1035 Kingo Sancho III left his kingdom split amongst his 4 sons. His eldest legitimate son García was left the Kingdom of Navarra. The other sons had to swear fealty to García.

Fernando inherited the county of Castille and it was granted the title of a Kingdom. Gonzalo the counties of Sobrarbe and Ribagorza.

Finally Sancho’s oldest but illegitimate child Ramiro was granted the county of Aragon, also now given the title of Kingdom. Sancho had created two of the kingdoms that were to dominate Christian Spain for the next five hundred years until finally united with the marriage of Ferdinand and Isabel.

Ramiro I reigned as first king of Aragon between 1035 and 1063 making Jaca his capital. During that time it took in the counties of Sobrarbe and Ribagorza after Gonzalo died in strange circumstances in 1044.

Aragon also gained territory from the Moors with military victories in the nowadays provinces of Huesca and Navarra. Bouyed by victories he attacked the stronghold of Graus. The town had been reinforced with both Moorish soldiers from Zaragoza and paid for Christian troops. Ramiro was repelled and killed during the assault.

His son Sancho Ramírez I (1063-1094) suceeded him and continued Aragons military expansion both against the Moors and the Christian kingdom of Castille. 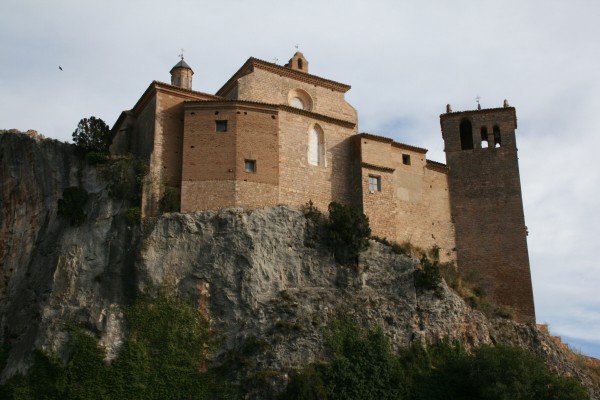 The collegiate church at Alquezar – formerly a Moorish castle.

In 1068 he journeyed to Rome and Aragon became a Holy See – becoming part of the Roman Catholic empire and falling under the protection of the pope.

Aragon incorporated the terrortories of Pamplona  in 1076 after the Navarran king Sancho Gacés IV was assasinated by his brothers while out hunting (loving family!). This increase of lands gave Aragon a huge boost both in finances and population and allowed borders to be expanded south.

The Aragonese still lacked the power to take on the Moors in open battle. Huesca was a walled town with ninety towers and vitually impregnable. Sancho Ramírez built fortresses in the area around Huesca, burnig crops and cutting off supply lines to the fairly isolated city causing starvation inside. The castles of Loarre and Montearagon were built during this time (1083-1089). 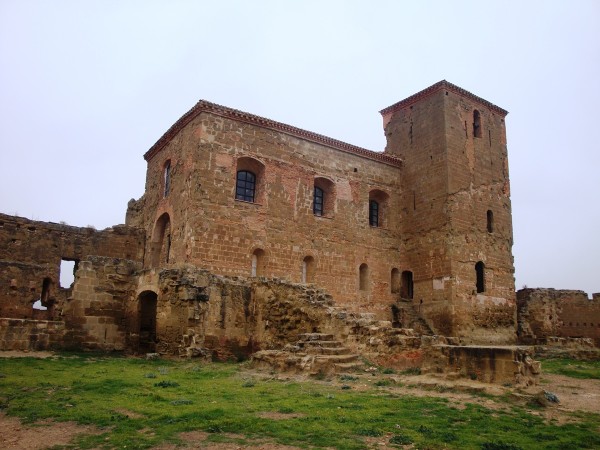 The ruins of castle Montearagon just outside Huesca

Sancho Ramírez reign came to a sudden end in 1094 when he was shot by an arrow while inspecting Hueca’s defences. The final conquest of the city came two years later in 1096 by his son Pedro I (1094-1104) following the battle of Alcaroz – many consider this to be the first major battle won by the Aragonese against the Moors. Legend tells that Saint George aided the Christians – the reason he’s the patron saint of the province.

Pedro I moved his capital from Jaca to Huesca and then set his sights south again to the conquest of Zaragoza. Expansion continued with victories at Barbastro and Sariñena in 1100.  With news arriving that the crusades had re-taken Jerusalem in 1099 Pedro was able to whip up a religous fervour and organise acrusade against Zaragoza in 1101. 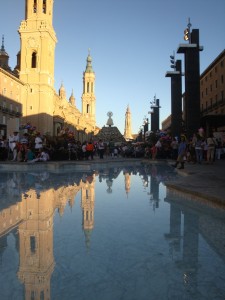 Zaragoza during the festival del Pilar in October

Victory didn’t come quickly though and in 1104 Pedro I died in strange circumstances while journeying through the Val de Aran.

Sacho Ramirez son from his second marriage (Pedro’s step-brother) inherited the crown and became Alfonso I the battler (1104-1134).

He finally took Zaragoza in 1118 and made it his capital. With the conquest of Zaragoza the young kingdom of  Aragon came to age. The victory got noticed on a wider stage and knights and wealth flowed in from abroad. 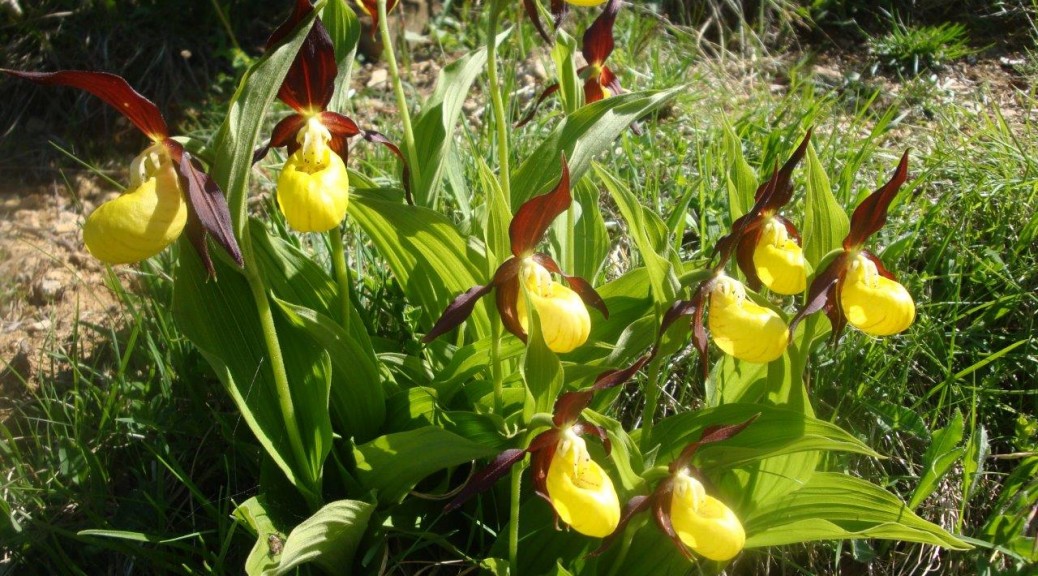 The wild flowers of the Pyrenees are justifiably famous. Known as the flower garden of Europe the alpine flora is spectacular throughout the END_OF_DOCUMENT_TOKEN_TO_BE_REPLACED